Woahly shit.  There’s such a thing as the World Health Organization(WHO)?  Well, apparently there is, because after a devastating World War II, men at a United Nations round table decided it’d be a good idea to create an organization to keep the world healthy, and so promptly, 3 years later, the WHO came to fruition and blossomed to what it is today and the world is full of healthiness everywhere the eye can see.  It’s really assuring to know, and by God they must have one helluvan agenda with their having to spread their healthy influence across the globe.  Evidently speaking, though, they are just a liiiiiiiiiiiiiiittle bit behind in their work, so busy with their behind-the-scenes action (ironically, I’ve been so keen on getting healthy and watching my diet) that I never even knew they were back there working their global magic in the first place!  But, oh my dear Hell, what a relief, It’s nice to see them step into the mainstream when times are their toughest, so WHO can let us know they’re “fighting” this virus super duper hard.  Lord knows they’ve got a lot on their plate.  I mean, shit- 5,082 deaths?  That’s like 80 “chronically-ill” people a day!  Woah!!!!  How horrible it is to see chronically ill people being put out of their misery.  They should weigh in on global war sometime, after this major crisis is over with, of course.  I think it’s important that We, THEE human race, keep our priorities straight like they’ve totally always been.

Some “virus experts” are comparing this to war… which I find fucking interesting as shit.  I would beg to differ that there are more serious health topics than a disease that primarily kills infants, infirms, and people who vacation on cruise ships.  I mean, shit- babies and withered people– that’s the backbone of the world’s ability to revolve around the sun… maybe we should stop all traffic and solve this problem so we can get back to reporting our other-usually-horrifying news, like exploiting poor countries for all of their resources so that, down the line, the wealthy people with $pace-money can leave us all here to burn up when the sun explodes (just a hunch).  Remember how stars explode and the sun is a star?  Boring, I know.

Anywho.  Go sports!  Go freedom!  Go greatness! Greatness, it’s your motherfucking birthday, homie, stand up and give us a speeeeeeeeech!!!!!!

On the plus side, since the whole world is looking to shut down business for a few days to let this whole thing rid itself of itself, it’s a perfect time to take a vacation.  I heard 1-week cruises are going cheap as Heaven!  I don’t have $40 to burn and plus they don’t allow weed through customs because it’s schedule-1-dangerous, you see, so I won’t be going myself.  Perhaps the WHO could weigh in on cannabis and its dangerous-ness from Geneva sometime so that we may finally quarantine the world of all the devastating hemp products.  Even the most comfortable hemp-made t-shirts people are wearing as we speak could kill you, or even worse– an infant, or an infirm.  Because cannabis is super duper dangerous.  Way more dangerous than anything you could even imagine.  Except for water in Flint, MI.  I know that crisis started many years ago, but the WHO is all over it (since 1948)!!!!!!!

CORONAVIRUS IN THE WHOLE WORLD AIN’T GOT SHIT ON POOR FITNESS AND DIET IN AMERICA!!!!!

This is good Kool-Aid. 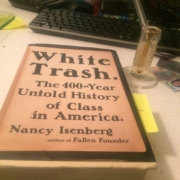 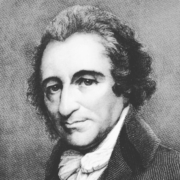 This Quote Blew My Mind

I drive a foreign car, it’s no big deal.