Written in August of 2016 for ‘The McDonaldization of Society’ at St Leo University. 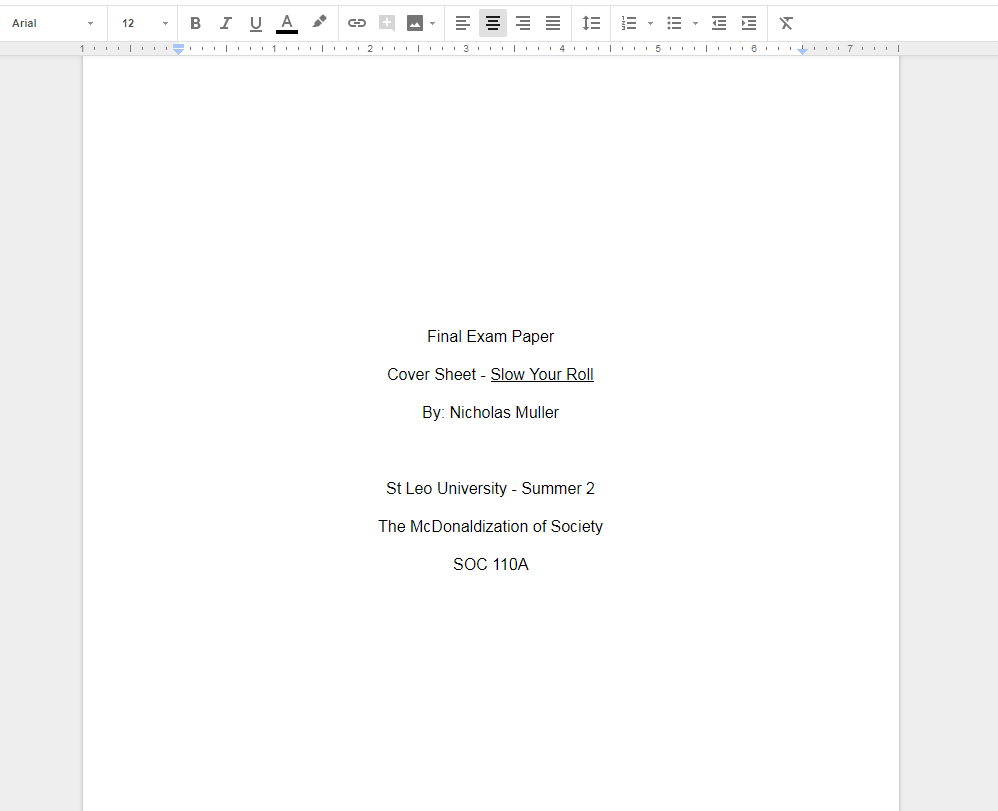 Sisqo was on the stage right before. Was it worth it? You tell me.

Treasure Hunt Welcome to The Truman Show
Scroll to top