Blog - Latest News
You are here: Home / Uncategorized / Welcome to The Truman Show 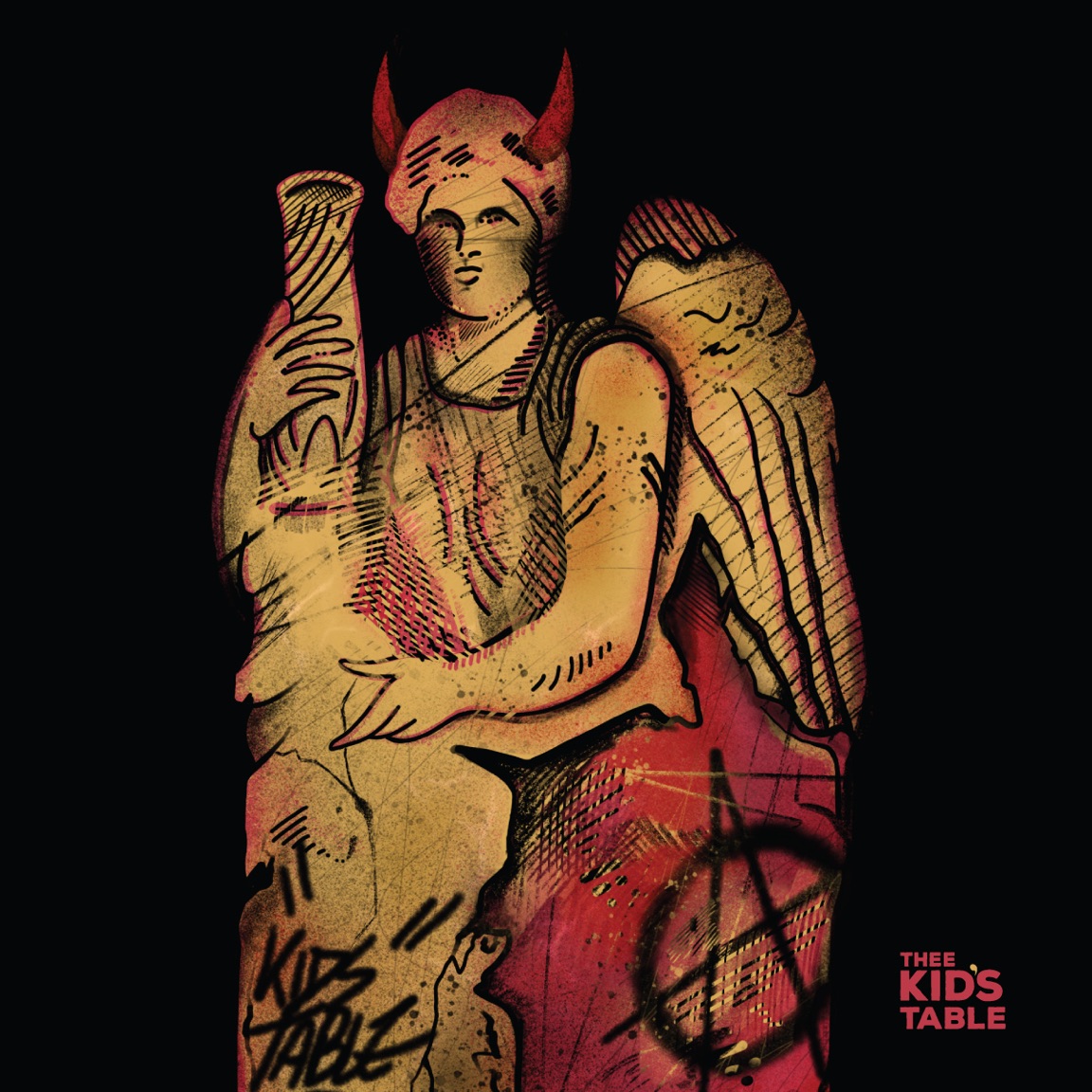 “…there are many strong arguments for keeping creative writers out of politics and Mr. George Orwell is one of them.” -Sir Victor Pritchett, 1938 (1984 was published in 1949. If you own a copy and you are missing the point of that story, read it again, you hypocrite!) 🙂

Wow, what a day ahead.  High hopes, high expectations.  Plenty of room for error but it looks like the money is right for now.  Keep people off of your back by keeping them in the loop instead.  Be open with goals to those you care about.  Only put your shit out there if you want it out there.  I have a writing company.  I’m a writer.  Start acting like it.  Stop your bullshitting and give the people your product.  Nicholas, in Latin, translates to ‘Victory of the People’, will I ever finish any of the checklists I’ve ever made for myself? Why is it so hard to get 3 things done each day?  Am I distracted?  Oh my fucking god yes I am.  I need another day where I leave my phone in a drawer somewhere and go explore like Huck Finn.  I was born where Mark Twain was buried.  That wasn’t his real name.  Nor Orwell’s.  Nor Ali’s.  I don’t wanna change my name but I will if I have to.  Bill Clinton did it too.

Side note for re-emphasis: **Did you know Clinton took the last name of his abusive Step-Father?  Same name HRC decided to get behind.  Rodham wasn’t (trails off)… Do you think it reminds him of good times every time he hears it? [his Step-Father’s last name, knowing his mom went through hell to put up with several years of abuse from another unsung alcoholic]

One of the things my mentor gave me for advice on writing and curing ‘mental writer’s block’ [my term in paraphrased form] was to wake up and write whatever comes to mind.  It’s a practice called ‘free writing’– go figure.  This was advice passed to me in 2011 via e-mail (7 years ago, for significance– there is a reason we had to consider the plot, setting, characters before we read books in school as a class), as I was living in Qatar.  It was advice given to him years before that, and it’s designed to help you clear your mind of any ‘noise’ that is affecting your ability to create art of your own.  My mentor hung himself 4 years ago, and I unfortunately didn’t have a chance to thank him for that advice because I read the e-mails again just this past year. (4 years posthumous)

If I’d have not been so caught up in my job, there’s a strong chance that my mentor would still be mentoring me today, but the fact of the matter is– I was caught up in the ‘McDonaldized’ society we live in.

When I was deployed to the other side of the world, at the age of 22, I had things like TMDEX to worry about weekly.  TMDEX stood for Theatre Missile Detection Exercises.  We practiced triangulating ‘simulated’ missiles in case someone like Iran decided to use one.  That was not in 1984.  I wasn’t born then…. same war, same idea, but 2010-2011.  That was just a side duty though.  I can remember ‘touching’ (jargon for ‘controlling the mouse/keyboard of a computer system) Google Earth servers before they became ‘a thing’ on the internet– except we were just using them for the war effort at those times.

Even when the official NFL Super Bowl commentary was recorded ‘Live’ on the airbase I was deployed to while I was there, I had a job to take seriously and I didn’t have time to watch Football.  (This is evident with my lack of participation in the Fantasy Football leagues I was trying to compete in– key word: trying)  While I was over there, THIS HAPPENED, and I felt hopeless and sick to my stomach.

Fast forward 4.5 years through a thick jungle of bullshit, and now it’s the day after Christmas and I’m about to go home and see my cousin, my mentor, for the first time since I finished my godforsaken service to this country, I had just woke up and was set to fly home and be in my hometown in 5 hours. /And then my dad walked into the room…

He didn’t have to tell me [what was up] because I could already see [it in] the look in his face.  You see, I’ve been to war for 8 years, I know ‘the look’ when someone is coming to Staff Sergeant Muller with some shitty fuckin’ news that I absolutely do NOT want to hear; yet it’s the ugly truth about war, and I now realize it’s the ugly truth about life- in general- it was the same shitty fuckin’ news that I absolutely NEEDED TO KNOW.  The truth hurts but it needs to be known.

So, what did my dad say?  What did I already know he was going to say?  I can remember it like it was just a few minutes ago:

CLICK. (That’s the sound of the off-switch that went off in my head.)

You see, I was almost another Ryan a couple of years ago.  Almost another Mac Miller.  Welcome to Thee fuckin’ Kid’s Table, mother fuckers. (Your kid is back.)

A week ago today, I was visiting home for just the 3rd or 4th time since I had returned from my 1-year deployment.  You learn a lot about life when you’re forced with life/death decisions on a nonchalant, at-least-daily basis.  It makes you a cold mother fucker.  A capable one.  I’m not on here to talk about the Distinguished Graduate award I was awarded upon graduating Airman Leadership School.  I’m not gonna tell you how I was awarded as an Honor Graduate in Basic Training at the age of 18 “competing” against 400+ men/women [ages 17-27] from all over the world.  I think I was 1 of 12 Airmen on that stage out of the ENTIRE class.  That’s 9 Squadrons? 2 flights in each squadron?  60 in each flight?  And not everyone makes it.  As an Element Leader I can say that we were missing 5 or 6 guys from our ceremony that started with us initially.  Look at how I [we] was [were] standing.  We call that discipline. [Look at the pictures below please***] 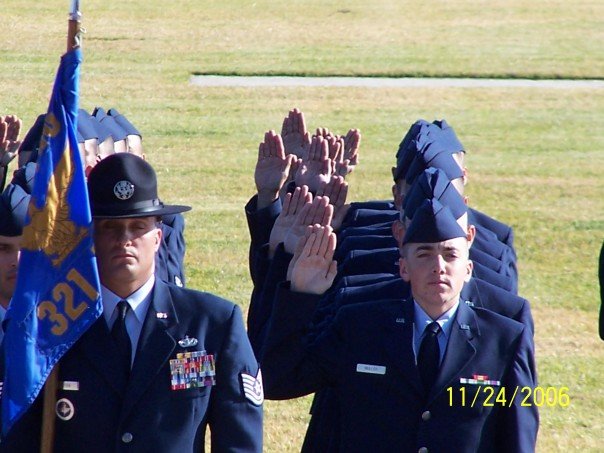 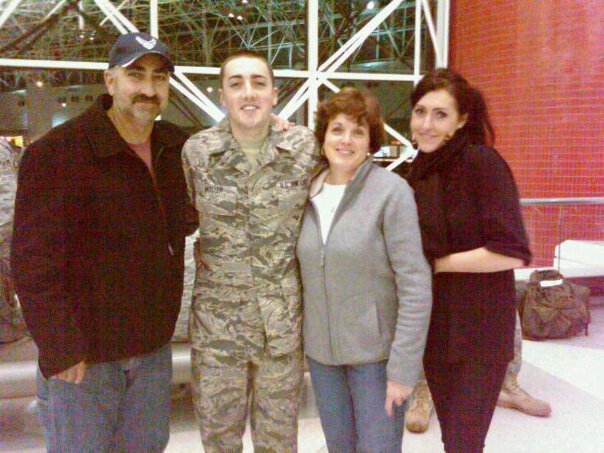 I’M NOT HERE TO TALK ABOUT THAT, BUT SOMEHOW IT’S RELEVANT…

…you see, I may have long hair now, and you may see my arms covered in tattoos, and I know you may not have a reason to want to get a tattoo.  But I earned my stripes, and the art on my arms are the stories that remind me who I am when I need it most.  As an avid reader, believe me when I tell you– PLEASE DON’T ever judge a book by its cover.

Who am I? What’s Thee Kid’s Table?

I’m here to break the trend.  So many artists lack the courage to show their best work out of fear/anxiety that their “friends” will judge them.  If that’s something you’re worried about, you’re in the business for the wrong reasons.  Do what you love and if you can make money doing it– sick!!!  Apparently you need money to live comfortably in this fucked up world.

And don’t tell me it ain’t fucked up.  I’ve seen enough for 100 lifetimes and I’m still alive to write about it.

Keynotes/end rant: **anything in bold text is things I’ve added that doesn’t show in my notes, for the sake of this purpose. If you haven’t figured out that I’m trying to inspire others to write and giving them an idea of how it can be done, even when you wing the shit out of it, it’s still art. I’m not building a fuckin’ piano here. So to all of you mother fuckers out there who explain what I’m doing as “I heard Nick has a blog going LOL”, here’s your blog post. Believe me though, I’ll write a book by Christmas. And if I don’t have a book by Christmas then call me out on it and I’ll face the music. Deal? I just got back from vacation and I quit two jobs to chase my dreams. I know it sounds crazy, but believe me, I’ve got stories for days.